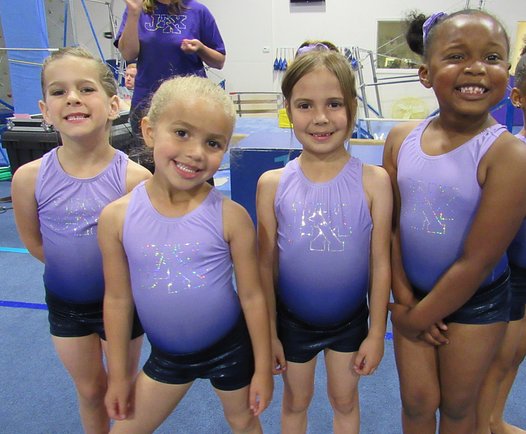 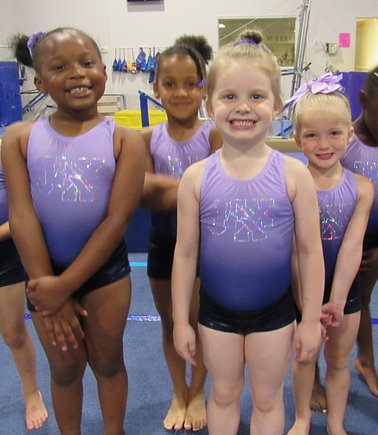 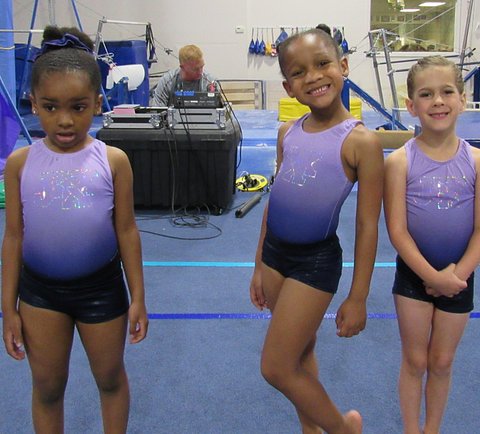 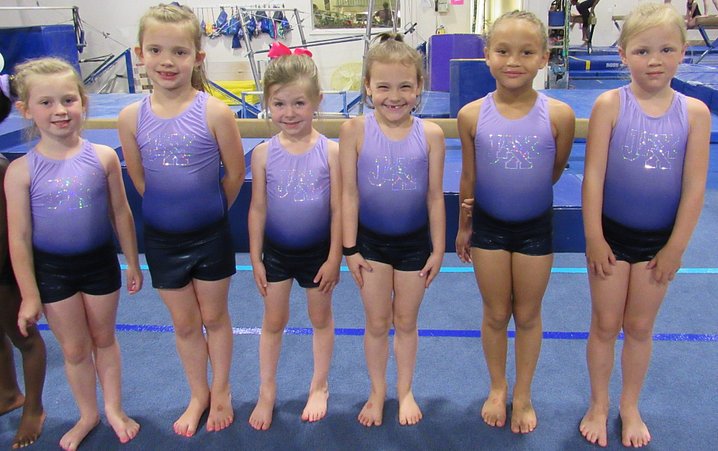 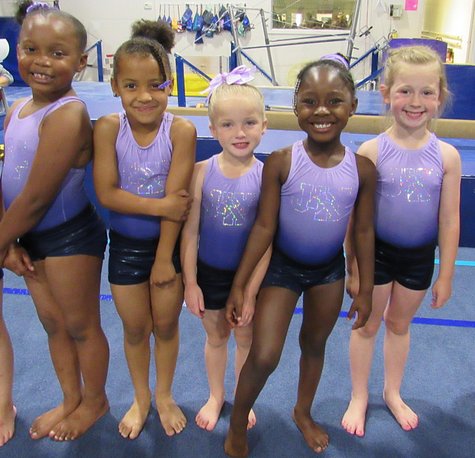 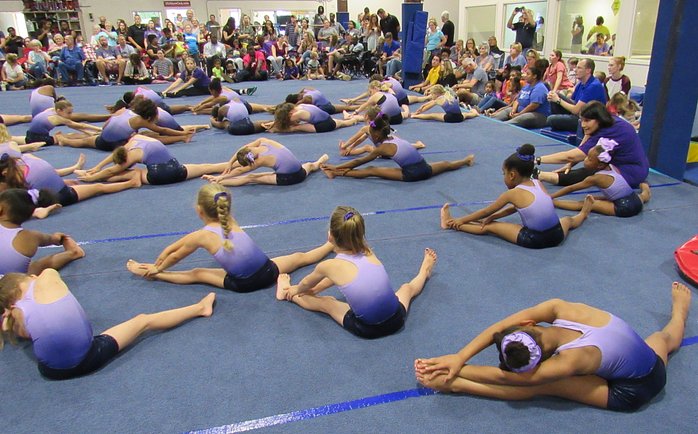 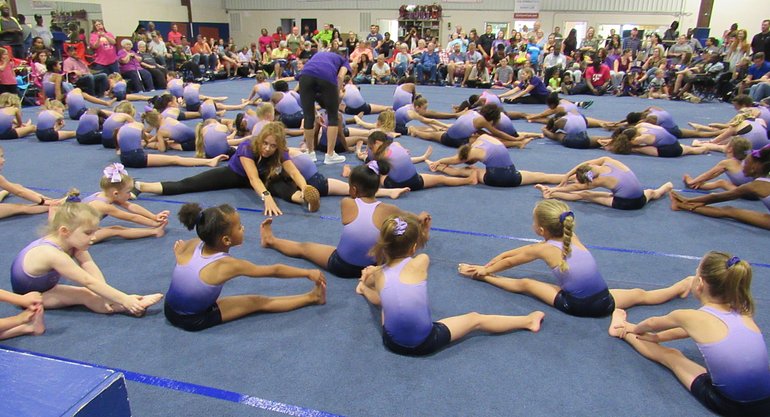 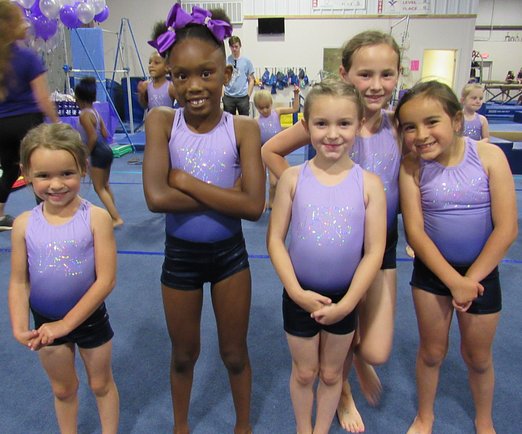 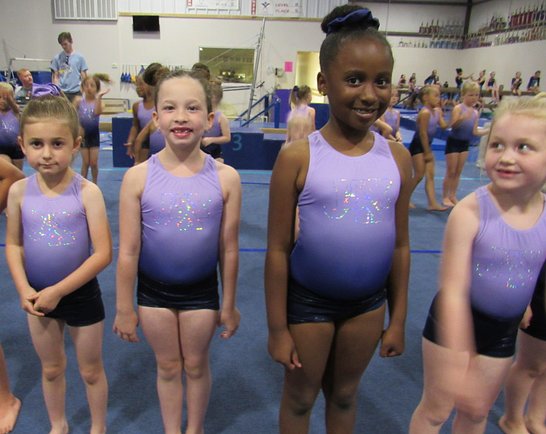 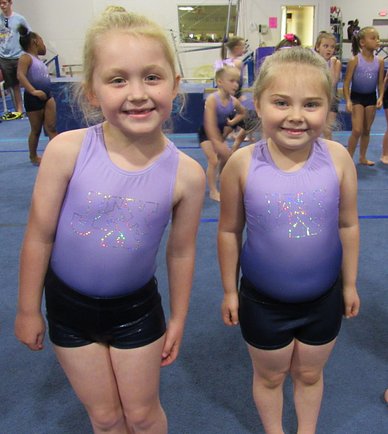 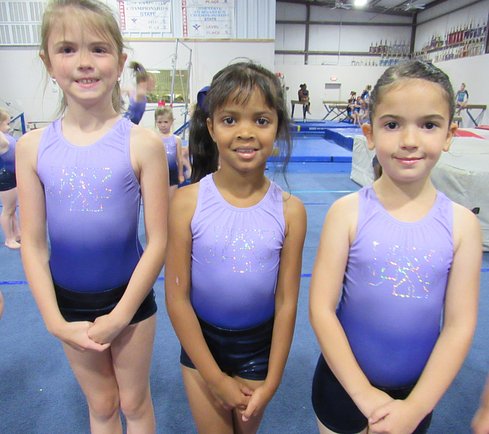 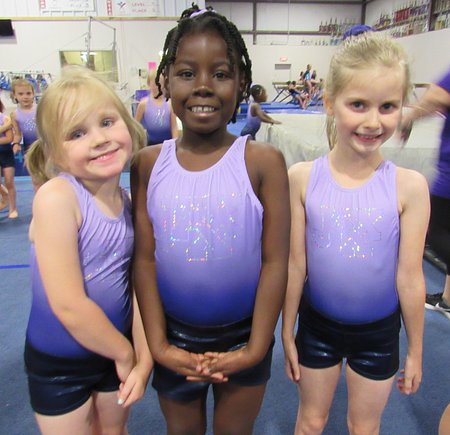 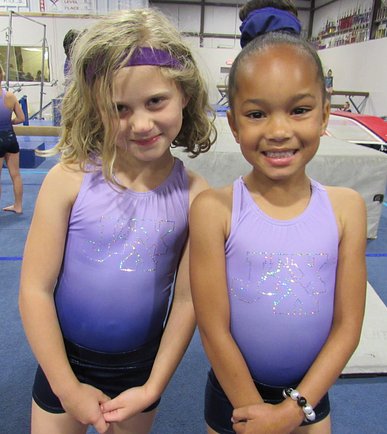 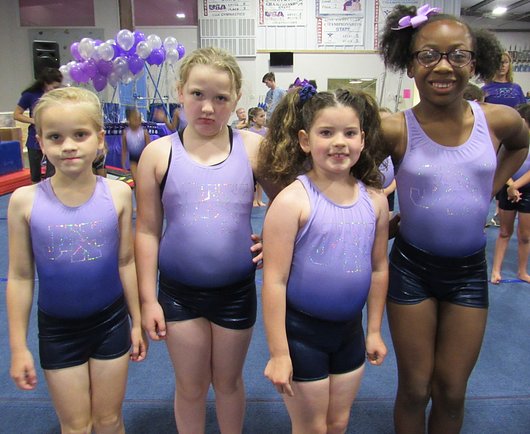 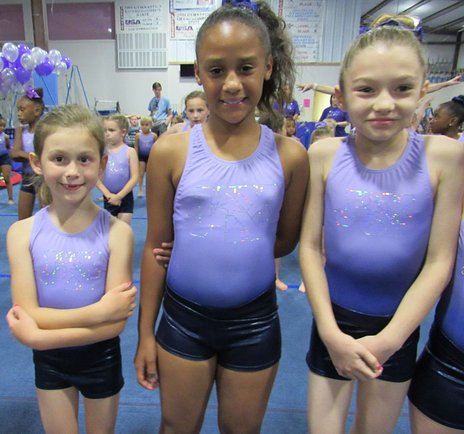 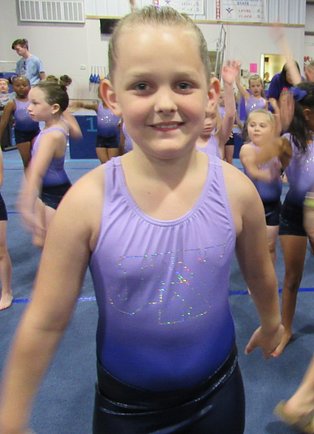 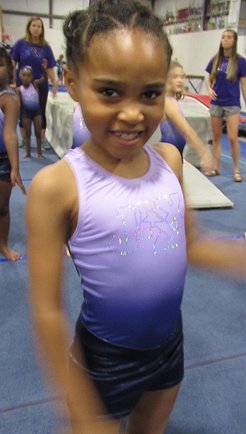 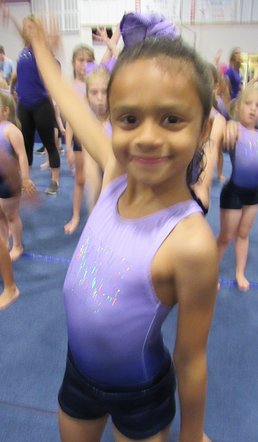 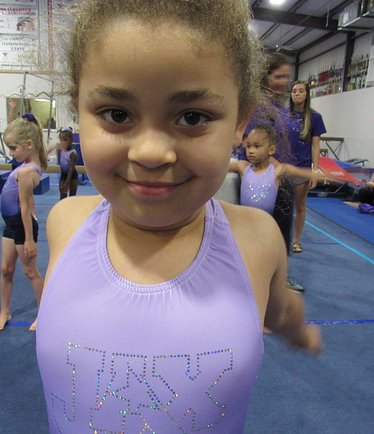 I know that I missed one gymnast in this row to the left.  They had started their warm up with swinging arms and I had to get off the floor and I see now that she was not in the last group that I took while they were sitting on the beam, waiting to do bars.  I am so sorry to have missed her.

The gymnasts are stretching after warming up.  Audience members were on all three sides of the gym.

It was a wonderfully appreciative audience.

Pictures of the gymnasts follow -hopefully, we didn't miss anyone.

Thursday night, May 24, was a really big night at the gym.  That was the night that the recreational gymnasts--bronze, silver and gold-- ages five and up, performed for their parents, grandparents, aunts and uncles, and friends at the gym.  I don't know what the count of the audience was but I had heard that there were 55 gymnasts who showed off their skills.  It was very exciting and such fun!  Hopefully some of the pictures will sort of show some of that excitement.  The gymnasts wore their pretty light purple leotard with the sparkly Jax across the chest.  The light purple became dark purple as it got to the legs, called ombre, which was what the team leotards have been,  and the tights were between the purple and navy.   Part of the gymnastic attire was also the t-shirt  with Jax in crystals across it;  the gymnasts also received a water bottle, their medal and certificate - which made for some happy gymnasts.  Announcements were made of the gymnasts who had tried out and made competitive team.  Jax Gym has had Tiny Team before but the Tiny Team (Level One) gymnasts will compete this year.  Other gymnasts went directly to Levels Two, Three and Four and Xcel Gold.  It's going to be a fun year.  Also, Huff 'n Puff-Jax Gym is holding two recreational gymnastics camps this summer and the recreational gymnast will not only benefit from working on their skills and learning new ones, but will have a great time while doing it.  Camp dates will be posted at the end of this article - after many pictures.