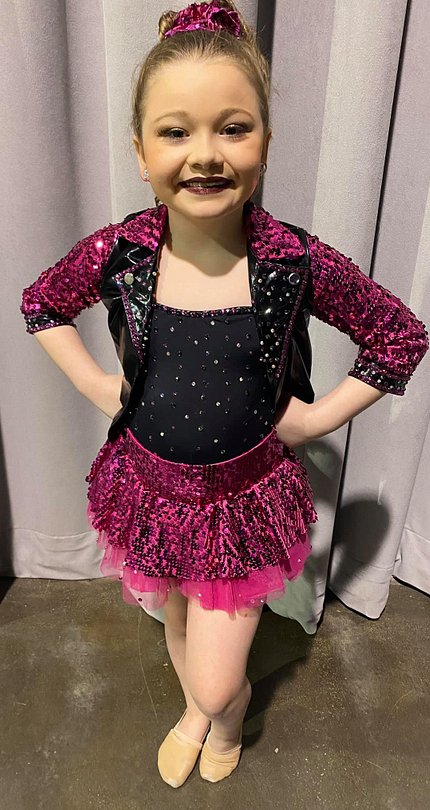 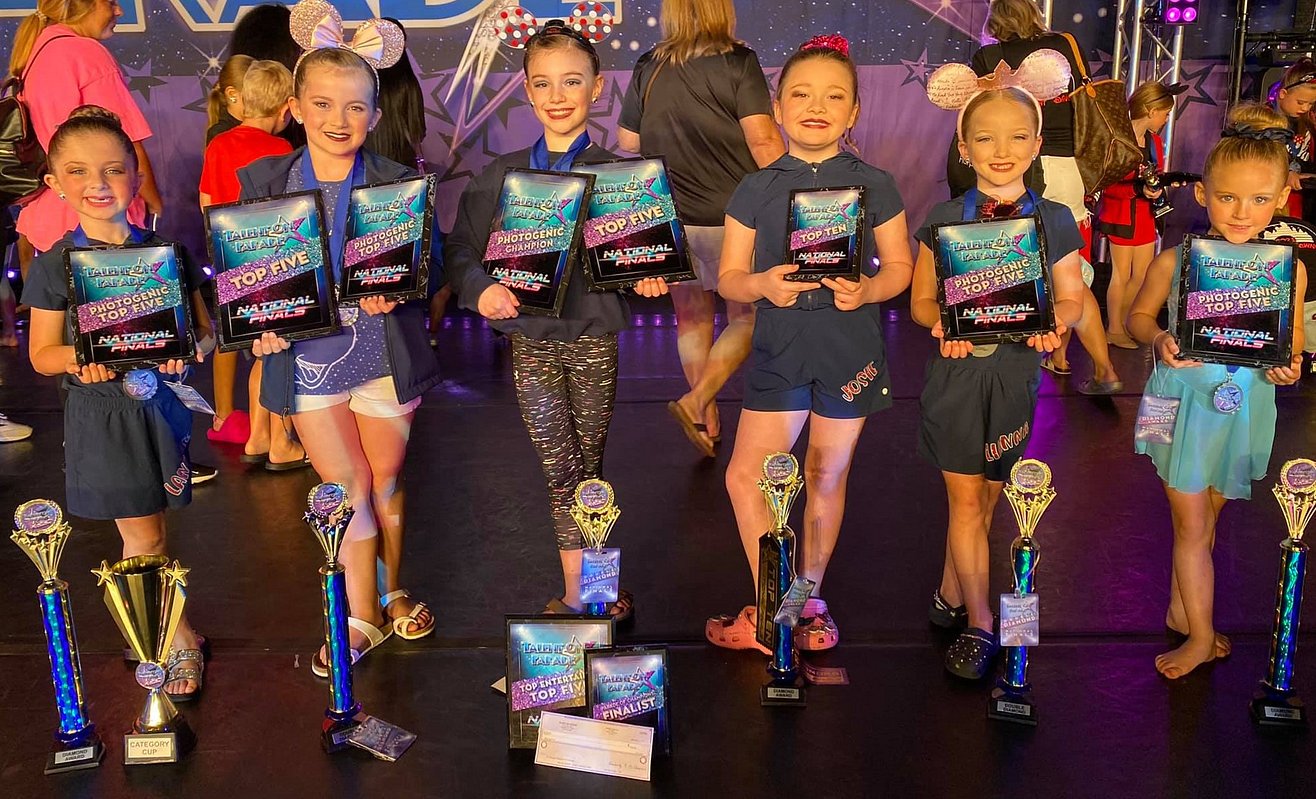 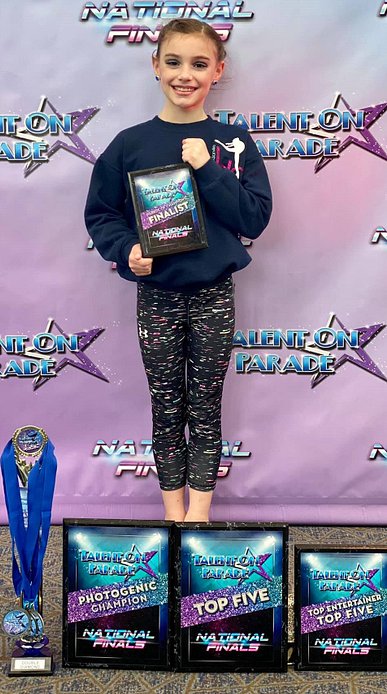 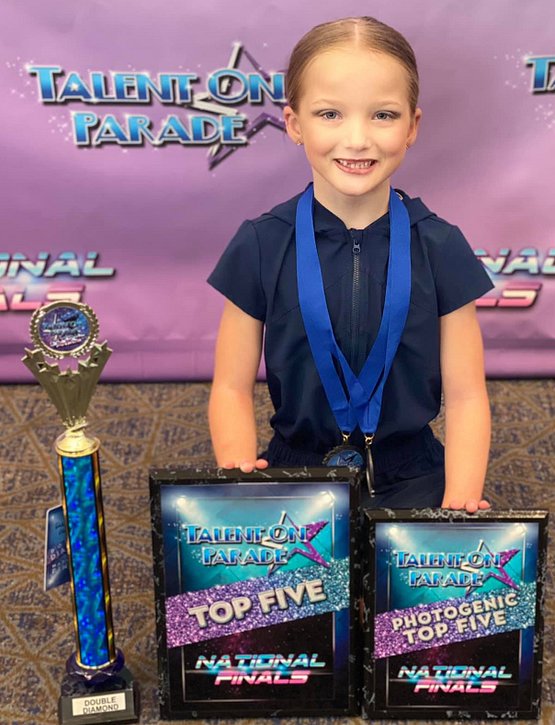 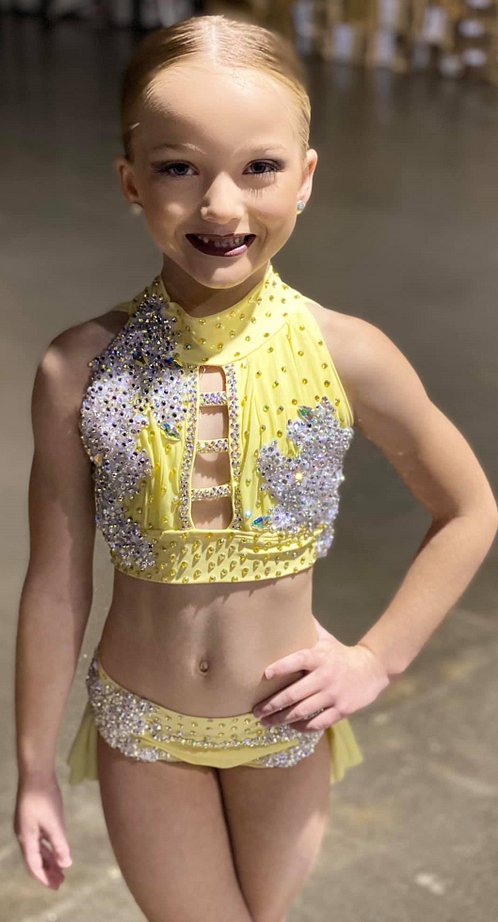 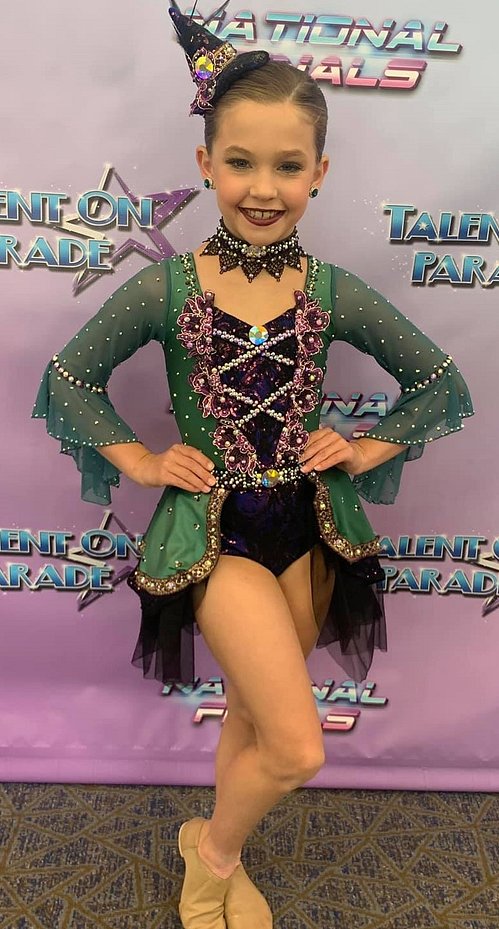 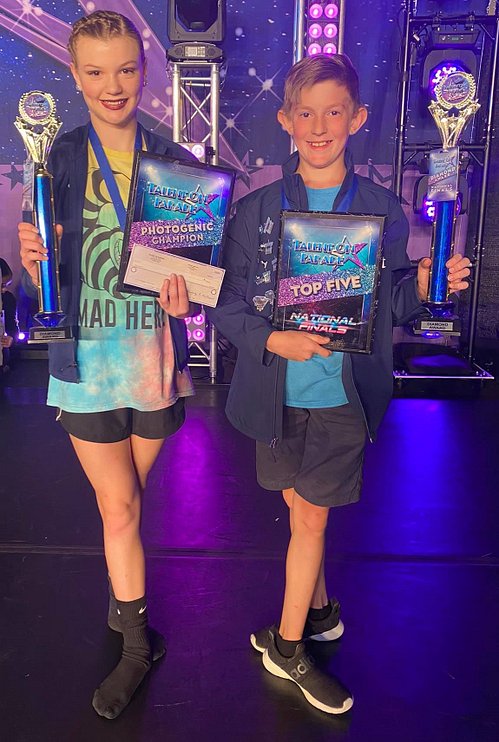 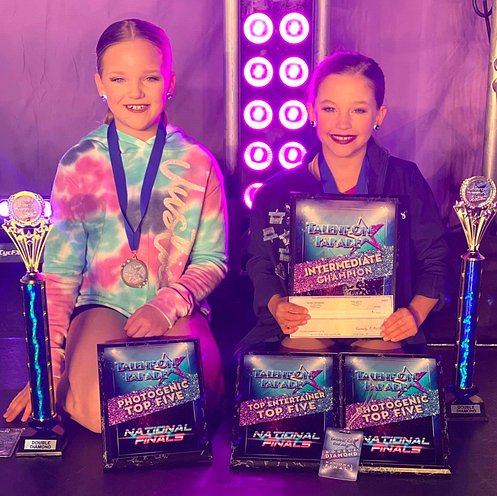 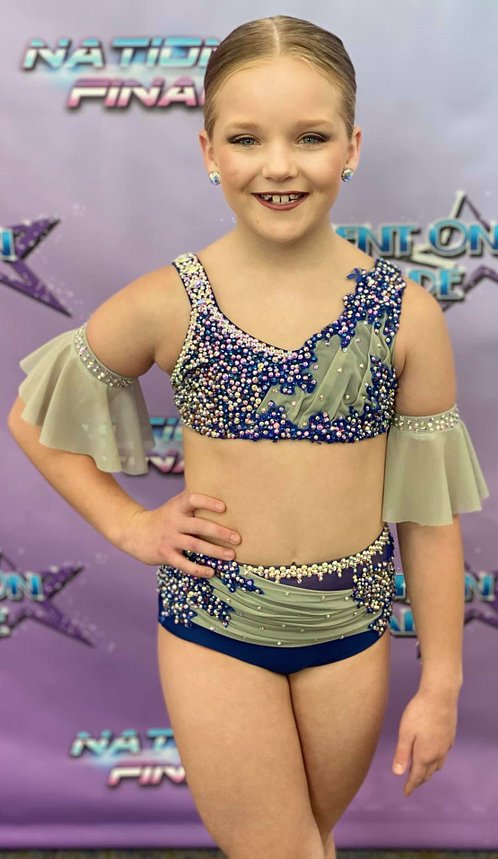 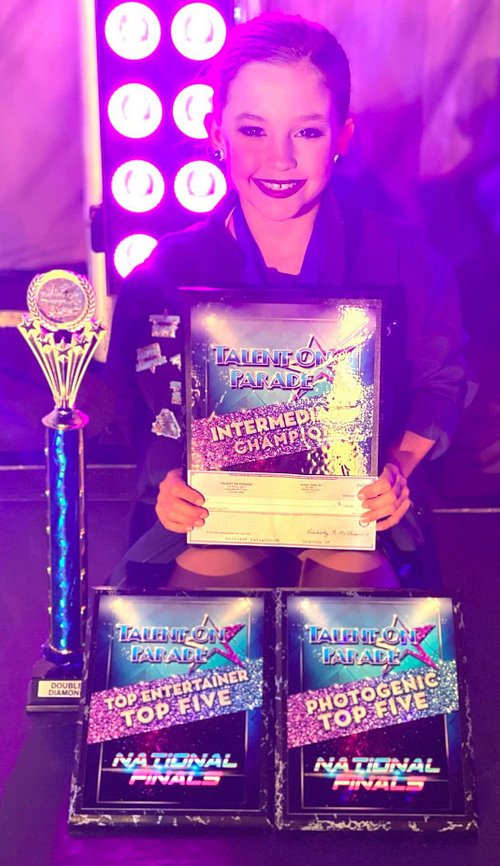 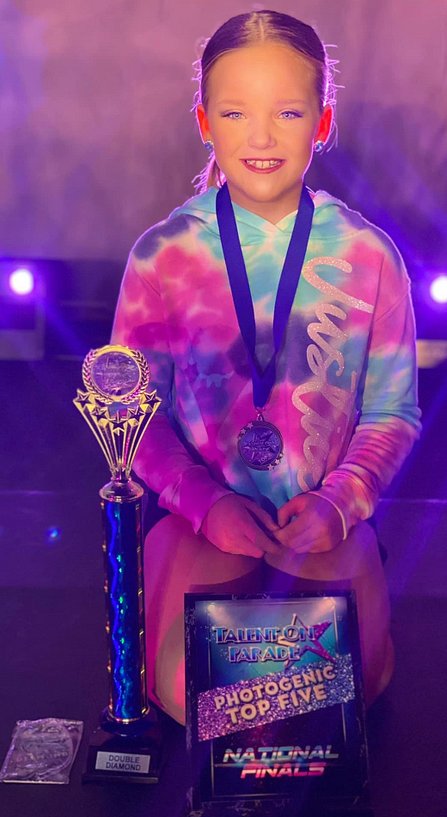 Hayes McMahan competed her performance to "I Put a Spell on You" in the 9-10 Intermediate category aand was awarded a Double Diamond, Third Place Photogenic, Fourth runner-up Top Entertainer and First Overall.

Lily Overholser competed her lyrical performance to "Angel by the Wing" in the 9-10 Competitive division and was awarded a Double Diamond and placed Fourth Photogenic.  Ms. Lois is the instructor for these two performances.

Lauryn Hague competed her lyrical performance to "Dynasty" in the 11-12 year old Competitive Division and was awarded a Diamond.  Lauryn received First-Place Photogenic for her age group.  Lauryn has decided that she wants to also  return and compete Jax Gymnastics as well as perform in JDC. Rachel was the instructor for this performance.

Trent Armstrong competed his jazz solo to "Such a Night" in the eleven-twelve Novice Division and was awarded a Diamond and placed Fifth Overall.  Kyle Plunkett choreographed the performance for Trent and Ms. Lois was the instructor.

Lianna Overholser competed her lyrical performance to "Only Hope" in the seven-eight Competitive category for which she was awarded a Double Diamond, placed fifth photogenic and placed fourth overall.  Lianna is the youngest daughter of Ms. Lois and was taught by Ms. Lois.  Lianna is also on the Jax Gym Competitive Team.  Lianna had broken her pinkie and had to have surgery on it and did not get to compete State championship but we all felt she would have also won the AA state championship for her age bracket.  Lianna will again be competing Jax Gym this season as well as competing JDC.

Jacksonville Dance Company is so very proud of these young (eight and under and six and under) performers.  They competed their hearts out at a very tough competition and did so well.  How could we not be proud? And this was just the first morning.

Aubrey Hague competed her lyrical performance to "Head above Water" in the seven-eight intermediate division  for which she was awarded a Double Diamond.  She placed First place photogenic, third for title, was a Parade of Champions Finalist and place Second Overall.  Ms. Rachel was the instructor for Aubrey's performance.  Aubrey is on the Jax Gym Competitive Team and was the first-place All-around Level Four State Champion for her age bracket and will compete Level Six in the upcoming season.

Ms. Lois was the instructor for these first four performers.

Landree Malloy performed her lyrical dance to "Rainbow"  in the six and younger age group and was awarded a Diamond, was the lyrical category winner, received fourth place photogenic and

Adaline Trent peformed her lyrical dance to "Colors of the Wind" in the six and younger age group.  Adaline was awarded a Diamond, third-place photogenic and placed tenth overall.  Adaline is also on the Jax Gym Competitive Team.

Jacksonville Dance Company, aka JDC, competed all last week (Jul 6 - 11) at the Talent on Parade (TOP) National Dance Competition in Overland Park, Kansas.  Different JDC groups competed each day of the competition.  This was a very, very large competition with 54 large dance companies competing from Arkansas, Illinois, Iowa, Kansas, Minnesota, Missouri, Nebraska, Oklahoma and Texas. The TOP competition chooses (by scores) performances for the TOP Parade of Champions Finals and then top winners are chosen (by scores) from those performances.  Top performances receive checks for their performances, as well as plaques and trophies.  Judges Choice Awards are given as a special recognition.  Category winner awards, as well as top Overall performances, are recognized and competition was very stiff.  Awards given were Elite, TOP, Diamond and Double Diamond.  Performances are broken down into age groups, classification as to novice, intermediate and competitive, solos, duet-trios, small group (four to nine) large group--ten and above, lines, and genre.  Ages and classifications are averaged, so we might have a four-year old and a 15-year old in the same performance but the ages are averaged.

JDC began it's competition early Tuesday morning with the Jazz performance to "Rockstar" by Josie Epperson in the ages seven-eight novice category and was awarded a Diamond and a Judges Choice Award of "the best air guitar" and placed seventh overall.